Posted on 22nd February 2016 by jorge2576 | 0 Comment
I recently saw an article on one of the Jack related sites where the subject was speed cameras so I thought I would share this with you. As you know, I served as a police officer for a good number of years. I retired 3 years ago. Before I retired I was driving my car in a 40 zone that then went to a 30MPH zone. Right after the speed change is a strategically placed camera. Well, it isn't there for road safety as they might have you believe because about 25 yards up the road there is a very well lit, very obvious roundabout so you would have to slow down regardless of the camera. Anyway as I approached the camera I noticed that the camera was being 'maintained' and two fella's were standing near to it. I thought nothing more of it until the two bright flashes alerted me to the fact that the camera had 'got me'. I initially thought that they were testing the bulb but to be on the safe side, I turned around and took an image of the situation (Using my mobile phone) 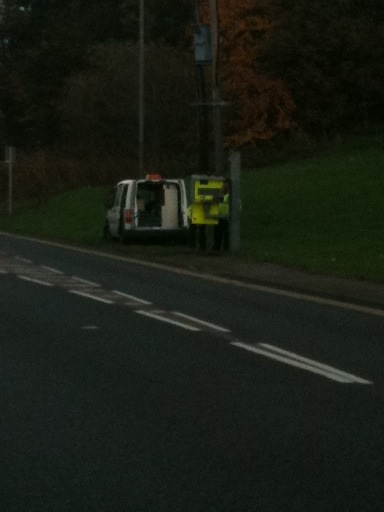 So off I went thinking no more of it. That was until about two weeks later the dreaded letter arrived. WERE YOU THE DRIVER ON ***** DATE, Your car was captured doing 34 mph in a 30mph zone. Please complete this TRAFF52 form outlining that if you were not the driver, who was. A lot of folk think that by failing to sign said form will nullify the process of fines; this is not the case. The court will still hear the case and in the event of non compliance or incorrect filling in of the form, the registered keep of the car will be prosecuted for the offence. So I filled in the form, sent it back. A few weeks later I got the letter, Go to driver awareness course, (£80) or pay a fine and take points for speeding. I sent a letter back stating that it was my right to have the case heard in court and wished to do so. They replied, there is no provision for this in our process. I had been a police office for a good number of years as I have said so I knew a few things that they didnt appreciate. So I again wrote stating that I wanted to have my case heard in court. They failed to reply so, knowing that if I failed to take them up on either of the choices that they had offered, the case would automatically be brought to court. I waited........ Finally a letter arrived outlining that I had failed to conform to their instructions and that the case would be heard in my local magistrates court. Now this is where it gets interesting. I grabbed the ACPO Guidelines, and the Home office Guidelines; both available online. Studied them and had my day in court. I successfully proved that no-where in ACPO Guidelines does it say that the camera can be 'Live' whilst being maintained. The prosecution had to concede this fact but still claimed that he evidence that they had from the camera was valid and showed me speeding. I argued that the operators could have reset the camera, or that their mobile telephones may have triggered the camera, or indeed their police issue radios. This was a smoke and mirror exercise as I had yet to play my ace card. I continued for a while, stating that the operator could have manually set the camera off. Again all playing up to my trump card. AND HERE IS THE TRUMP CARD - If you can show (and I did) that the camera was not being used in accordance with the ACPO Guidelines, then the HOME OFFICE GUIDELINES can be called into play. I clearly states that for cameras to be legal and enforceable, they have to be used IN ACCORDANCE WITH ACPO GUIDELINES. It goes on to state, that if they are not used in accordance with ACPO guidelines, or no such guidelines exist, then the camera is no endorsed or approved for use and the evidence from any such camera cannot be relied upon in any court. So out went the CPS evidence of my car exceeding the speed limit and without the images to back up their statements, the police had nothing to prove that I was indeed speeding past the camers. NOT GUILTY, CASE DISMISSED. THE POINT HERE IS SIMPLY. If you're captured by any camera and the circumstances look unfair or illegal, then they probably are not endorsed or approved by ACPO Take a van parked on a grass verge like this one. 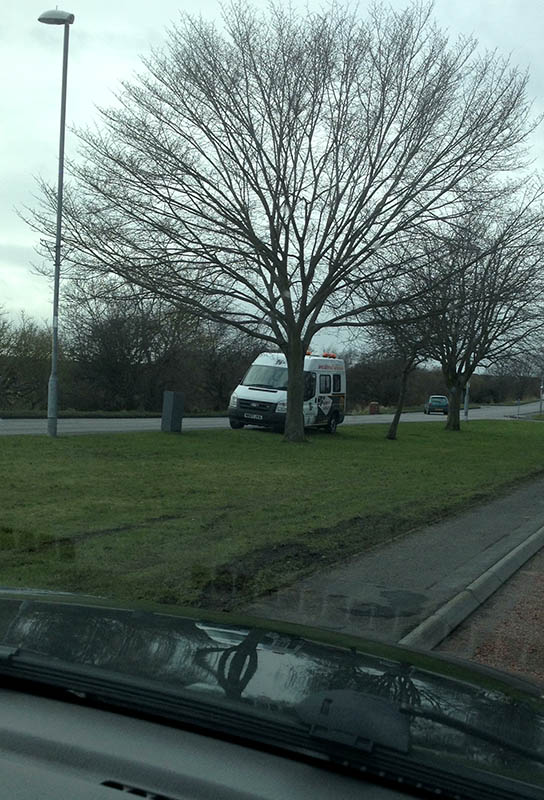 Nowhere in ACPO Guidelines does it authorise them to park on grass verges or footpaths and therefore any, and all of the images that this van captured would be useless in court. This might include bus stops, hiding behind building or obstructing footpaths or roads. The police might try to say 'oh we have special privilege for parking on footpaths or verges" RUBBISH, ask them to prove it. They wont be able to. ENJOY, and remember Speed restrictions form part of the road safety strategy so drive safe and stick to speed limits and as long as the authorities play by their own rules, we will all be happy and safe.
Posted in: News 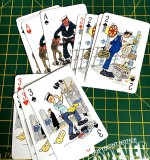 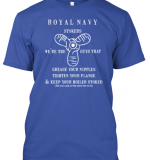 A Whole new batch of tee’s

Yes we have been at it again with our pens, pencils and art boards and we have brought out a new range… 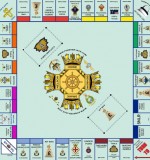 MONOPOLY GAME – Coming soon to a fj site near you

MONOPLOY - Launch countdown Welcome to our pages and in particular the eagerly awaited Monopoly game release details. The game has taken…

[SHOP HERE] These are a fantastic new addition to our range for 2016. Solid heavy duty slate mined and cut to size…

Yes, we are adding more pins to our range this week with the arrival of the EW, RP, TAS & WEM pins.…

We want your story…..

STORIES WANTED -  I have been approached and asked about a new book being written called 'When I was in the Navy',…

Celebrating our armed forces and the men and women that serve or have served, these new additions to our range bear the…

All new window clings for your car

Introducing the first of several new lines in our car sticker and bumper sticker department. These fantastic transparent window clings are designed…

We also have a new addition to our range with the arrival of the Fleet Air Arm lapel pin. 4omm wide this…

Previous Post: MONOPOLY GAME – Coming soon to a fj site near you
Next Post: A Whole new batch of tee’s